Football has never been more exciting to watch. Between the back-and-forth of the Premier League, the incredibly unpredictable nature of the Champions League and everything in between, football fans have pulsating football to watch wherever they look. However, is football becoming too expensive? Football may have been created as more of a middle-class sport but, such is the ease at which it can be played, with jumpers for goalposts and a cheap ball, it has become a favourite of the working class.

Classed as a sport for everyone, football is not something that should discriminate with regard to age, gender, sexuality, religious beliefs, class or anything else. After all, players turning out on Saturdays and Sundays up and down the country will not feel that they do not deserve their place on the pitch, and neither should they. With the continued commercialisation of the game and, in particular, the Premier League, has come a major shift in how much it costs to be a football fan. Gone are the days where a ‘couple of quid’ would see a match ticket bought. Instead, tickets have increased in price, and it begs the question, is football now too expensive for the fans?

How Much Does Football Cost the Fans? 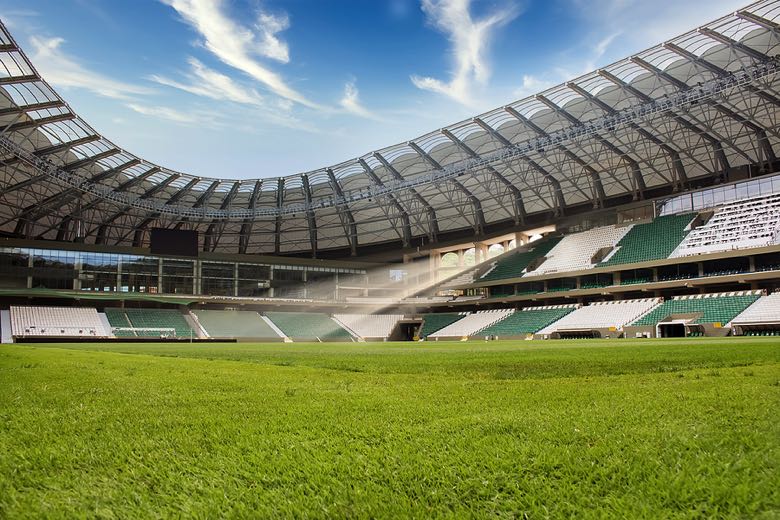 This is not a question that is particularly easy to answer without first delving into how much the average fan spends on supporting their team. This will come down to tickets, shirts, food, drink, travel and the cost of TV subscriptions too. While the game has changed massively in recent years to the point where most matches are very entertaining, is it worth actually being a football fan?

How Much Does a Ticket Cost in the Premier League?

The cheapest match ticket in the Premier League as of October 2021 averaged out at around £30. Meanwhile, the average cost of a Premier League ticket was £63, while in the Championship it was £36. Tottenham Hotspur boast the most expensive matchday ticket at £98, £1 ahead of Arsenal.

How Much Does a Top Tier Premier League Season Ticket Cost?

As of October 2021, the price of a season ticket to a Premier League club is very high. The top-priced season ticket for an adult comes from Tottenham Hotspur, who will charge £2,223. Following on from Spurs are their arch-rivals Arsenal, who charge just over £2,000 for their top-priced ticket. This is followed by Manchester City (£1,410) and West Ham (£1,200).

While a fan will not need to buy a season ticket at the highest price available, it is very interesting to see how expensive season tickets have become. The average fan will not be able to comfortably put aside £2,000 to watch their club. Frustratingly, this sort of hike in price is what ultimately leads to the huge range of corporate seats at Wembley Stadium.

In recent years, fans were often left seething at the fact that these spectators around the tunnel are not even in their seats by the time the second-half of an England game begins. Instead, they will still be inside enjoying the food and drinks on offer. While these corporate fans will eventually take their seats in the stadium, the average football fan will cite that these seats cut down the available tickets on offer, with the decreased supply seeing the prices rise. In the main sections of the stadium, the fans are usually back in good time to ensure they do not miss a moment of the action.

Is Buying a Ticket a Simple Process?

Unfortunately, not. Many major clubs will ask their fans to purchase a membership, with this costing up to around £75 depending on the team you support. These memberships are often crucial in the purchasing of tickets for a game. Some clubs will only offer people the ability to buy tickets through their own sites and via their membership, with their tickets not appearing on ticket selling sites.

While this does stop the excessively high ticket prices that appear on ticket selling sites due to face value selling, it can still make it difficult to buy a ticket. Meanwhile, other sites will provide their members with early access to tickets, meaning there may not be any tickets left by the time they are meant to go on sale to the general public. Simply put, if you want to get access to tickets for your team’s matches, you will probably have to sign up and become a member, which only drives the price of being a fan up further.

Are Other Leagues as Expensive as the Premier League?

Prices outside of the Premier League are, on the whole, far more reasonable, especially when it comes to the top teams. The cheapest season ticket in Serie A stands at around £170, while it is £207 in the Bundesliga and £230 in La Liga. This, in comparison to the Premier League’s £467 is like chalk and cheese, with football a far more affordable pastime in Europe.

It is worth remembering that the most expensive tickets for any of the top leagues will usually be very high, but it will worry fans of Premier League teams that the price of a season ticket in England is so high. 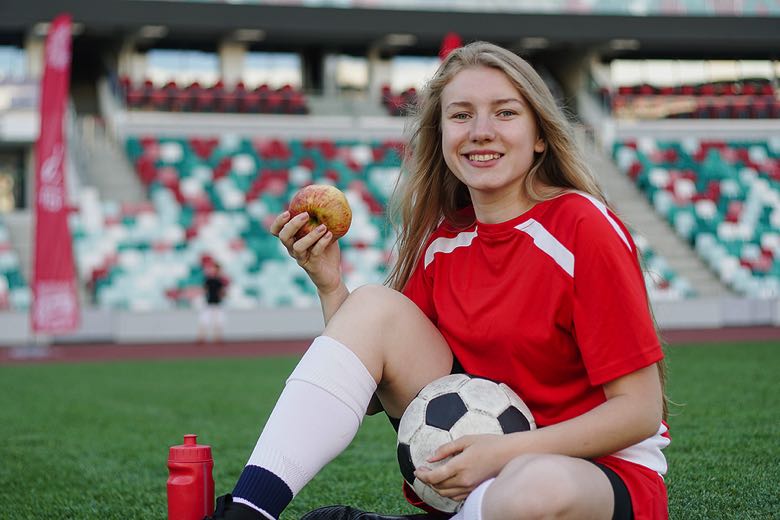 The commercialisation of the game has not stopped at how much a ticket costs. Indeed, most football fans will be subject to expensive add-ons that, while not mandatory, are a priority for many supporters.

The first is the match shirt. Football fans around the world can be seen wearing the jersey of their favourite team to the gym, when out walking or simply sitting at home, and this is without even considering the fact that they will then wear them to the match. While fans will likely get good use out of their football shirt, are they actually worth it? Many would say no. After all, most football teams will update their match shirt every season, usually offering home, away and third kits for their fans to choose from.

The average match shirt in the Premier League is around £60. This does drop as you go down the footballing pyramid, but even in League Two the average is around £43. While the price does drop, clearly it doesn’t drop by that much. In fact, the two best sides in England in Manchester City and Liverpool charge a big price for their shirts. Manchester City offer their ‘authentic’ home shirt for £110, while their standard home shirt is available for £70. For Liverpool, you can get their ‘match jersey’ for £99.95, while their ‘stadium jersey’ for the current season is available at £69.95.

If you were to go to all 19 of Liverpool’s home games in the ‘match jersey’ then it would cost £5.26 per visit, which doesn’t seem massively expensive. When putting that alongside the fact a football fan will not confine themselves to just wearing the jersey at the game, the price goes down even further. However, the price of a jersey is still very high, regardless of how many times it is worn. If you throw in the fact that City and Liverpool will almost certainly change their kit next season, seeing many purchase the new jersey, then the price of being a fan continues to rise.

Alongside match wear is the price of being in the stadium itself. There are a number of Premier League clubs that charge around £5 for a pint of beer in the stadium. Meanwhile, the cost of a burger will sit at around £5 too. Perhaps the worst culprit for expensive food and drink in a Premier League stadium is West Ham. They were previously charging £5 for a pint and £7 for a burger, meaning that combination would cost an eye-watering £12.

While nobody is forced to buy food and drink in a stadium, many fans will want to enjoy some form of sustenance when at the football. If a fan were to buy a £5 pint in every single home match, then it would cost them £90 just in drinks – and that is for only one drink per game.

Teams do not force their fans to wear their newest jerseys or any of their jerseys for that matter, while there is no pressure to buy food and drink at the game. However, a football fan will enjoy watching the game with a drink and some food, while they usually want to support their team in their colours. Ultimately, the fans will have to pay a decent chunk if they are to support their team in this way.

Whether this is via bus, train, tube, cycling or a car, fans have been able to utilise pretty much every mode of transport when it comes to getting to the game. The most expensive route to a game will usually be by flying, although this is a necessity when it comes to away games in Europe.

Can You Support Your Team from Afar? 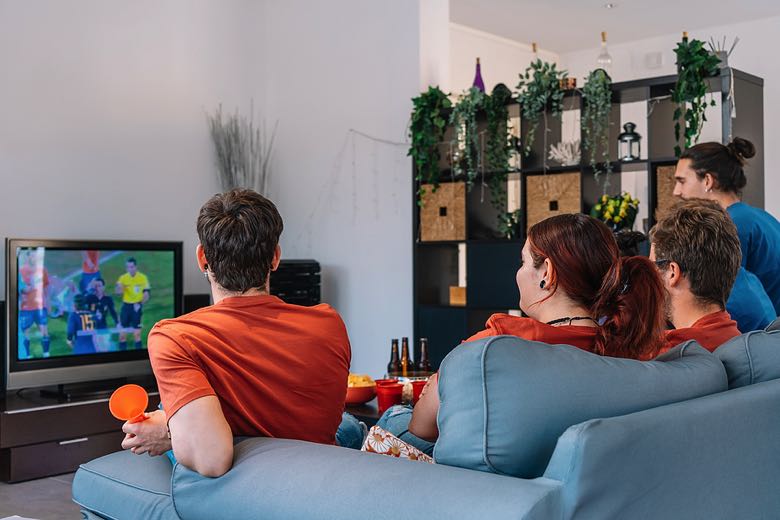 Of course you can. Services like Sky Sports and BT Sport have been set up and offer fans of all sports brilliant opportunities to watch their favourite competitions. While rugby union, cricket, darts and boxing all feature, nothing is as popular as football when it comes to viewership in the UK. Sky Sports offers the best range of football action, most prominently providing games from the Premier League and Championship along with the lower leagues in England, Scottish football, German football and more.

In order to enjoy football on Sky Sports, you will need quick a good chunk of money in your back pocket. Without factoring in broadband, you will pay around £41 a month for 18 months and you will receive all of the Sky Sports channels as of October 2021. If you want to ensure you do not miss a single televised match, you will then need to pay £24 a month for BT Sport, along with a fee of £7.99 if and when Amazon Prime provide matches across a certain month.

Over the course of 18 months, if you were to pay for Sky Sports, BT Sports for 12 months to account for the break over the summer, and two months of Amazon Prime, you would pay £1,041.98 in total. These numbers are utterly incredible when you consider the fact that your team of choice will not always be on TV.

Many fans will instead look to pay a TV license and just watch BBC’s Match of the Day to see highlights of their favourite side. However, this takes away part of what it is to be a fan, with the moments of magic, goals and mistakes made even better when put alongside the nervy moments across the entire 90, with a highlights package not picking up on this.

So, Is Football Affordable?

A frugal money manager will tell you that football is not an affordable sport to be a part of. While the price of season tickets, a match shirt and food are not rising as sharply as player wages and transfer fees are, they are still hurting many fans across the game, especially with cost of living rising sharply, which is in direct contrast to how slowly the inflation of wages has been.

Of course, it is not compulsory for a fan to spend that much money on being a supporter of a team. You can purchase a jersey from a few years ago or choose to abstain from buying one at all, while you can shun going to a game and simply watch the highlights on the BBC.

However, this is something that many football fans will feel is not going far enough to support your team. Ultimately, you can spend as much as you want on supporting your team. From thousands of pounds a season to a couple of quid a week, football is still a game for everyone. However, if the prices of tickets, shirts, food and drink continue to rise, then a lot of the people that make the game what it is will not be able to continue to support their teams.