A foul is seen as an unfair act by a player or players that the referee deems to break the laws of the game. A foul is punished by the awarding of a free-kick against the team that has committed the foul, or a penalty if the foul happens inside the offending team’s box.

Punishing fouls is one of the cornerstones of football, with fouls stopping the game from descending into madness. Picture PSG playing a side far lower than them in the table but struggling to get anything going because Lionel Messi, Kylian Mbappe and Neymar are all clattered immediately, with a lack of punishment for fouls seeing the game itself fall into chaos.

Why Are Fouls Important?

The tactics of certain teams are conducive to a more physical side of the game that does not always play by the rules. We are thinking of Atletico Madrid or old-school Stoke City when we mention this. Taking Atletico as the example, they were incredibly physical in their match against Manchester City in their Champions League quarter-final clash. City were the better team by far but had to weather some exceptionally heavy-handed treatment from their opponents who seemed more contented with flying into challenges than they were with playing football.

Without fouls in the game, teams that want to play football and score goals would likely be at a disadvantage. Indeed, a skillful player like Neymar would be up-ended more than he would get on the ball. A lack of punishment for fouling would see stunning pieces of individual brilliance or great team moves constantly curtailed early due to a lack of relevant punishment. In this guide, we will take a look at why fouls are given, what a foul will result in on different parts of the pitch, and what punishments can be given for a foul and continuous fouling.

What Acts Will See a Foul Given? 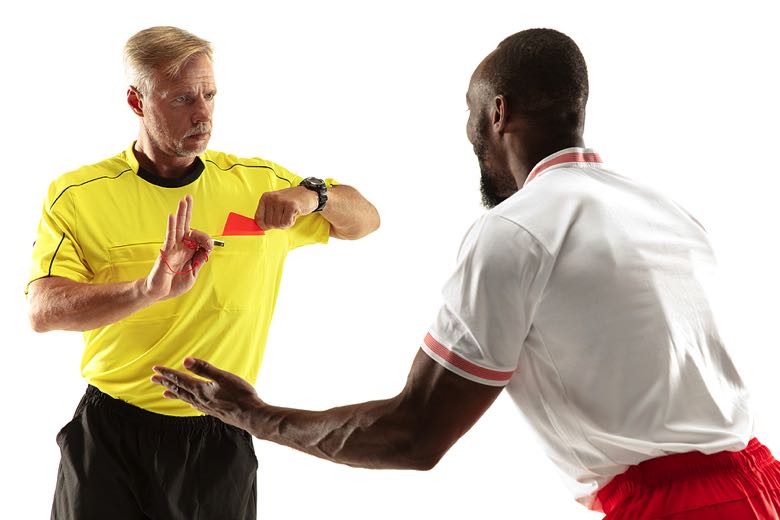 A free kick can be given for any of the following reasons if a player:

This list is not exhaustive. Indeed, the act of biting was probably not something the makers of the laws of the game would have assumed they would need to put in, but the exploits of Luis Suarez in particular will have seen this part of the game in need of further clarification.

What Is Given for a Foul? 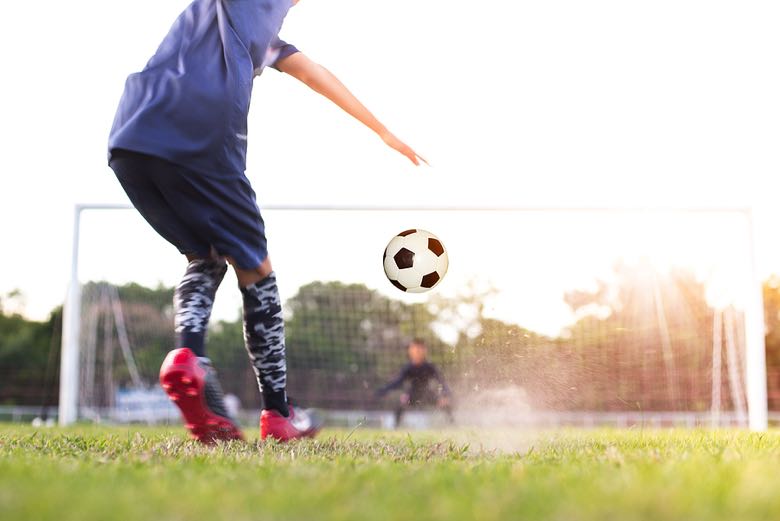 If a foul is awarded, then the referee will allow the game to restart with a free kick. If a player from Team A is judged to have fouled a player from Team B, then Team B will restart the game with a free-kick. A free-kick is a kick of the ball where the opposing team is unable to interfere. If a team is fouled in their own half, the free-kick will usually be a pass to a teammate or a long pass into the opposition’s half depending on the state of the game.

If a team is taking a shot at goal from a free-kick, the defending team can make a wall that is 10-yards away from the ball. They are able to block the shot by jumping or staying still in the wall. However, they are unable to encroach upon the free-kick taker when they are taking the kick.

Does the Punishment for a Foul Change in Different Parts of the Pitch?

Yes, if a player fouls another player, the punishment will be different depending on where on the pitch the foul took place and the state of play at that time. If an attacking player fouls a defensive player in the defender’s half, then a free-kick will usually be awarded. The punishment can increase to a yellow card if necessary or if that player has committed a number of fouls, meaning a yellow card is given due to a totting up process. A red card can be awarded for a foul if the act is seen as particularly reckless.

If it is the attacking player that is fouled in the opposition’s half, then a free kick will be awarded and, if it is in the right area, a shot at goal could be on the cards. If the angle is not right or it is too far away from goal, the attacking team could look to take a short free-kick (passing the ball to a nearby player), or they could cross the ball into the box. If an attacking player is deemed to have been fouled in the penalty box of the opposition team, then a penalty is given. A penalty will see one player from the attacking team given the chance to shoot at goal from the penalty spot.

The only player from the defensive team that can try to stop the attacking player from scoring is the goalkeeper. The ‘keeper is allowed to move along or behind the goal line, but they are unable to move in front of the line. With VAR, this has become a real talking point of late, with goalkeepers saving a penalty only for it to be retaken because they are judged to have come off their line.

What Fouls Are Red & Yellow Cards Given For? 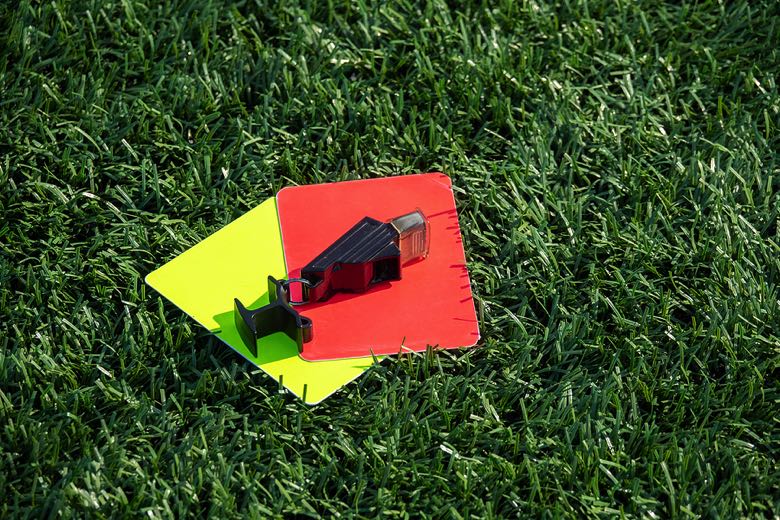 Yellow and red cards are another way for the players on the pitch to be kept in check. After all, if there was no punishment for a particularly bad foul other than a free-kick, the best players from each and every team could expect to be fouled every single time they get on the ball.  The system of giving yellow and red card simply means that if a player commits enough fouls or they are particularly reckless, then they will be punished accordingly.

A yellow card is a caution given to a player when they break any of the rules laid out below. Once a yellow card is given, it will see players walking a tightrope as they know that one more foul could end in a second yellow and a sending off. A yellow card can be given for any offence that falls under one of these six banners:

A red card is given to tell a player that they must leave the field of play. It can be awarded as a second yellow, for when a player breaks the rules on a number of occasions, while a straight red card can be issued for a more serious offence. A red card can be given for:

The History of Fouls in Football

You would have to go all the way back to 1872 for the first mention of an indirect free-kick being using to punish something. In this case, it was for handball. It would take a further two years for the first mention of a match official, with the umpire introduced to enforce the rules. Seven years then came and went before the referee was introduced to decide disputes between umpires. The caution and sending-off also appeared in the laws of the game for the very first time too.

As mentioned, the system of players receiving cautions has been in the laws of the game since 1881. Football was actually the first sport to bring in penalty cards to represent the decision of a referee, something that many other sports have since adopted. Interestingly, FIFA did not bring this rule into play until the 1970 World Cup, while they were not actually mandatory at all levels until 1992. Clearly, it took a long time for the rules as we see them today to come together. The fact that the captains of each side were meant to uphold the rules of the game before the introduction of the umpire would not fly today.