Football is a game that can be end-to-end and leaves little room to simply stand around. Even goalkeepers, led by the likes of Manuel Neuer and Ederson, have had to become far more involved in each game as sweeper-keepers.

This means that every minute of the match will see players having to stay switched on and ready for every eventuality. It therefore stands to reason that after 90 minutes of football, most players are physically and mentally tired, meaning the last thing most players will want is more time on the pitch. This is where extra time comes in. In this guide to extra time, we will take a look at what extra time is, whether or not it is played after every football game, and all your other extra time queries.

What Is Extra Time?

Extra-time is the time added on in an attempt to separate the two sides in a match. A standard game is made up of 90 minutes, with two 45 minutes halves separated by half-time, which is usually around 15 minutes long. In a normal match, if the teams are level at full time, then the sides will share the points, with both usually awarded a point each.

An Extra 30 Minutes to Force a Winner

However, in some football matches, such as knock-out football and cup competitions, extra-time is often used in an attempt to force a winner between the pair. This is usually the case in a cup competition in the round of 16 and later.

Extra time comes after the full-time whistle, after the 90 minutes have elapsed. Extra time is made up of two 15 minute halves that are separated by half-time. This break usually only lasts one minute and allows the teams to change ends and take on fluids. Extra time will end when the 30 minutes have come and gone.

The History of Extra Time

Introduced back in 1897, extra time has been around for a long time. The addition of 30 minutes (split into two 15 minute halves) was seen as the best way to separate two sides that had proved inseparable across the 90 minutes. However, there were clearly still flaws to the system.

This flawed system was brought to the fore in the 1968 European Championship semi-finals. Italy and the Soviet Union were level at the end of the match and the game was decided by a coin toss. Italy ‘won’ the toss and went on to lift the trophy. While penalties are sometimes seen as an unfair way to decide a game, they are much better than a 50/50 coin toss.

These days, extra time will see all 30 minutes played, regardless of the score. However, the golden goal system would see the game immediately halted when one of the teams scored in extra time, with the team that finds the net crowned the winner.

If no goal was scored in extra time, the game would go to a penalty shoot-out. Major competitions like the European Championships and the World Cup began using the golden goal in 1996 and 1998 respectively.

Perhaps the greatest example of the golden goal came in the Euro 2000 final. France and Italy were locked at 1-1 heading into extra time with penalties looming. However, Robert Pires picked up the ball in the 103rd minute and crossed for David Trezeguet, who struck the ball on the half-volley into the corner. Due to the fact that the golden goal rule was in effect, the game was immediately stopped, with France crowned the champions.

At club level, one of the most memorable golden goals came in favour of English side Liverpool. The 2001 UEFA Cup final between the Reds and Deportivo Alaves ended 4-4 in normal time after Jordi Cruyff found the back of the net in the 89th minute for the Spanish side. The match seemed to be heading towards penalties, only for Delfi Geli to score at the wrong end to see a ‘golden own goal’ bring the game to an end.

UEFA introduced a new rule called the silver goal for the 2002/03 season. The silver goal would take effect if one team was leading after the first 15 minutes of extra time had ended. The side that was in the lead would then be crowned the winner, with the second half of extra time not played.

This meant that the game was not immediately stopped after a goal was scored. If the teams were still level at the end of the first half of extra time, then play would continue.

While both the golden and silver goal rules had their fans, they did not last in the modern game. The rules saw teams playing more conservatively due to the fear of conceding a goal, seeing the game brought to a premature end.

In February 2004, it was announced by the International Football Association Board (IFAB) that both the golden and silver goal rules would be scrapped following Euro 2004.

Does a Football Game End after Extra-Time? 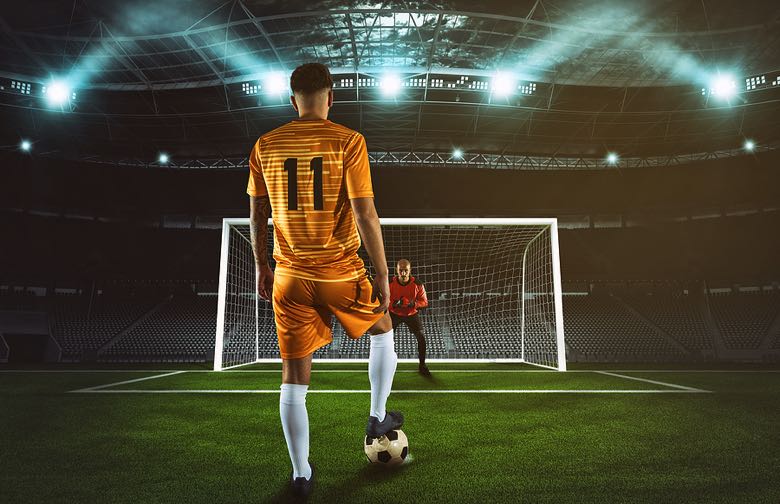 A football game will end after extra time if the two sides are not still level on the scoreboard. This could be the score in the game itself, or an aggregate score if the game is being played over more than one leg. However, if the teams are still level after 120 minutes have been played, then the game will usually go to penalties.

What Is a Penalty Shoot-Out?

Penalties, or a penalty shoot-out will see players step up one at a time as they try to decide a match which cannot end in a draw. The players will have been chosen by their team before the shoot-out begins. Only players that were on the pitch at the full-time whistle after 120 minutes can be involved in a penalty shoot-out. Each player will look to score a goal from the penalty spot, with only the goalkeeper from the opposing team able to stop them.

Are Penalty Kicks the Best Way to Decide a Game?

Penalty kicks are seen as a lottery. The best players can sometimes see a tame effort saved or a wild slash at the ball fly wide despite being a great penalty taker. Similarly, some players are just not very good at taking spot-kicks. With 120 minutes usually having elapsed for some of the players before they get the chance to take a penalty, fatigue is usually a huge factor.

Is Extra-Time the Same as Added Time? 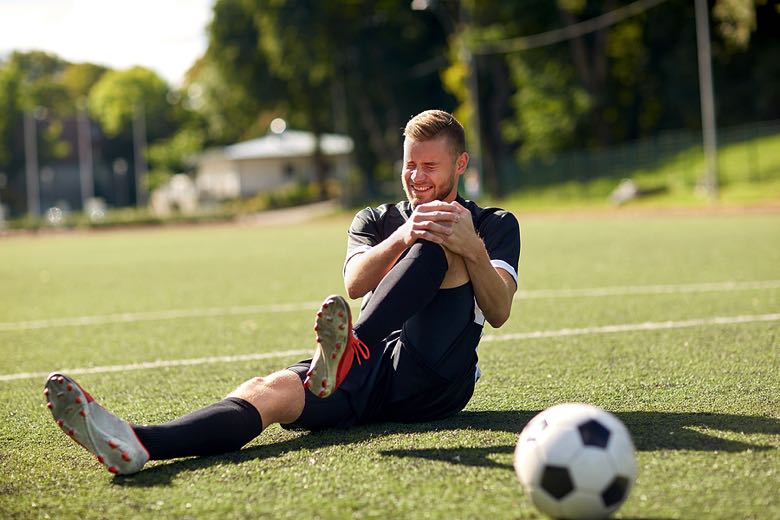 No, this is a common misconception when it comes to time being added on. Extra time is the two sets of 15 minutes halves that are added on after 90 minutes have been played. It is an attempt to force the two sides to find a winner in a game that cannot end level.

Added time, also known as injury time, is added onto the end of each half of the match. If the first half comes and goes with no major fouls, injuries or stoppages, then the added time will usually be very small.

However, if there is a lengthy stoppage in which a player is injured and the game is forced to stop, then added time will be longer. If the stoppage is particularly long, then a match can extend well into the 100th minute and beyond despite not actually being in extra-time.

Extra Time Can Have Added Time

It is worth noting that extra time can have added time in both halves. Just like in the regular 90 minutes of the game, if the referee deems it right to add on time due to injuries, substitutions or other time wasting, then this can be added onto the end of each half of extra time.

Are There Alternatives to Extra Time?

Throughout the history of football there have been a number of attempts to change how a game is won following normal time. The likes of the coin toss, golden goal and silver goal have all come and gone, with none of the methods able to really take off.

This has come alongside replays being introduced in club knock out competitions. Famously, the English FA Cup has used replays, with this seeing smaller teams given the added incentive of playing a bigger team both home and away if they can draw the first game. However, replays only tend to see the already congested fixture list of most teams become unbearable.

One attempt to find a better solution than extra time came in the EFL Cup. This competition would see a game go straight to penalties at the end of the 90 minutes if the sides were still level. However, this was only used for the first five rounds of the competition.

The 2022 final between Chelsea and Liverpool did go to extra time and penalties, with Liverpool running out eventual winners. While not strictly an alternative to extra time, there has been an update to the rules of the game. UEFA have allowed the total number of substitutions to be raised to six in Champions League knockout games. This means that a team can make up to five substitutions in normal time, with an additional substitution granted in extra time.