For far too long there have been major problems in football that need to be addressed. The rampant racism and homophobia that can be seen in the stands all too often has put a stain on the beautiful game, making it far less inclusive than it should be. Alongside this comes the sexism that football continues to be blighted by. You can hear and see this far too often.

This will often come in the form of people looking down on women’s football simply because women are playing or through criticising female commentators or pundits. To the credit of the women’s game, they have battled against these major challenges and things continue to improve as the viewership and interest increases. However, one area of misogyny that is still prevalent in football, in general, is the sexualisation of female fans in the crowd. It is incredible in this day and age that this is a talking point but, unfortunately, here we are.

How Are Women Targeted by the Cameras?

It has become an all-too-common sight at sporting competitions that certain fans are picked out by the cameras. This seems particularly prevalent at football matches. Whereas cameras at an England Test cricket match will look for people asleep in the crowd, people in fancy dress or families enjoying their day, it is a very different story at a football game.

At most football matches, you will see the cameras panning to women in the crowd. This seems to happen every time there is a lull in play, or a goal has been scored. Again, at a standard cricket match, the camera will often pan to a large set of fans celebrating a wicket, whereas cameras at World Cup games will hone in on one person, usually an attractive young female.

Of course, we cannot say that this has not ever happened in cricket or any other sport, and we would cite that the cameras have likely lingered on certain fans for too long in all sports. However, it seems to happen so often in football and at the World Cup in particular. As far as society and the game seem to have come, there is clearly still work to do. If broadcasters seem to believe the best way to fill gaps in play is by targeting a specific demographic in the crowd, then the problem is clearly still there.

This is made all the more surprising by the fact that it is major broadcasters that are often guilty of doing this. That is not to say that it is okay for smaller broadcasters to focus on certain people in the crowd, but by the standards that the biggest broadcasters hold themselves to, it is particularly disappointing.

How Else Are Women Targeted by the Media?

On a very visible scale on social media in particular, women are often targeted, mocked and degraded as they try to give their opinion on different sports. One instance at the 2018 World Cup saw SBS World Cup presenter Lucy Zelic targeted by online trolls for her pronunciation of some players’ names. During the 2018 World Cup, Brazilian sports reporter, Julia Guimareas, was forced to evade an unsolicited kiss by someone passing by. She was heard telling him it was ‘not right’ as she forced him to apologise.

Of course, it would be unfair to say that this is only relevant in football. Gabby Logan, who has been the face of a lot of the BBC’s sports coverage for years, was targeted by Trolls on social media. Logan was congratulating Scotland for their 5-1 win over Malta only to be met by different degrading comments. To Logan’s credit, she dealt with those Trolls perfectly, but why should she have to be subjected to those comments in the first place?

This is not just confined to personalities that front television coverage. There are a number of accounts on different social media pages that promote the objectification of women. This comes in the form of mocking them, and it will also see accounts set up with the aim of asking their followers to ‘rate’ the women in the images. 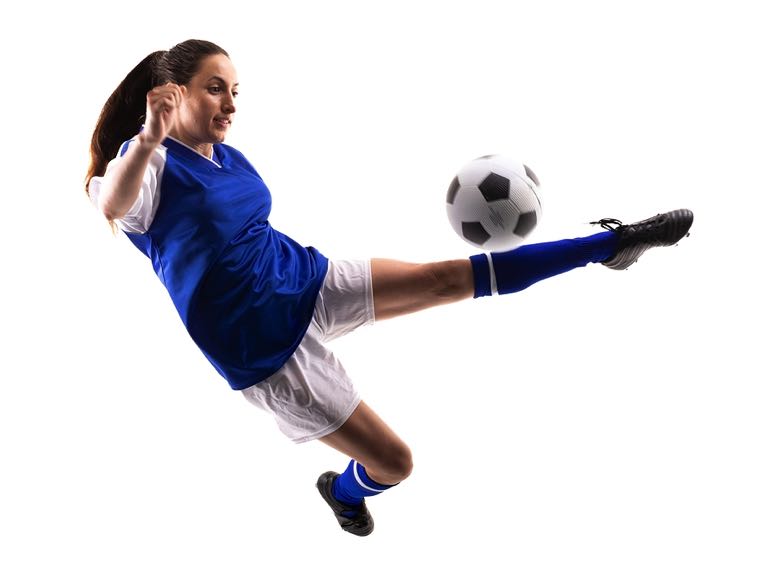 This misogyny should not be particularly surprising when considering how the women’s game is still treated, as mentioned above. There are too many people on social media that are all too willing to disparage the women’s game. However, now, with increased funding and the ability for different teams in different sports to give their players professional contracts, things are changing.

After all, the gap between a player that plays a match every week and trains throughout the week and a person that plays once a week, trains a few nights a week and juggles a full-time job is going to be large. With women in different sports being given those professional contracts, things will hopefully only continue to edge towards parity across the game for both men and women.

Can Cameras Focus on the Game?

There have been football games over the last few decades that have made it impossible for fans to tear their eyes away from the action. Most recently, matches in the Champions League such as Real Madrid vs Chelsea, Real Madrid vs Manchester City and Villarreal vs Liverpool have culminated in nail-biting clashes that see the footballing-battle see-saw back and forth.

On the international stage, Spain vs Portugal stands out as one of the greats in recent times. This match saw Spain and Portugal trading blows with the former leading 3-2 in the closing stages. However, Cristiano Ronaldo did what he does best as he scored a sublime hat-trick that was capped off by a stunning free-kick goal to make it 3-3. These matches are ones you cannot look away from, with the exception of when you rub your eyes in disbelief at what has just happened. Eyes should be able to stay on the game itself, and if the camera pans to the crowd, then why does it need to be on a specific person?

Back in 2018, FIFA looked to crackdown on the cameras picking out certain individuals in the crowd and lingering for far too long. Hopefully, FIFA calling out broadcasters will see this practice reduced massively. Sexism in football is something that still requires a lot of attention if it is to be eradicated, but ensuring women are not exploited at every given opportunity is a big step in the right direction. Although, once again, it is incredible in this day and age that practices like this are still happening.